The Ultimate Guide to Generating More Work for Employment Lawyers

If you need to grow your employment law business quickly, this eight week online course teaches you EXACTLY what to do and how to do it.

Via an eight week online course, you'll have access to recordings of my most exclusive conference in London at which I and three of the world's leading keynote speakers taught a room of employment lawyers and independent HR professionals strategies and tactics for boosting your employment law practice. You'll also be able to view and download original materials not previously seen.

How to Write a Book in Four Weeks

How to Set Up your own Email Bulletin Service 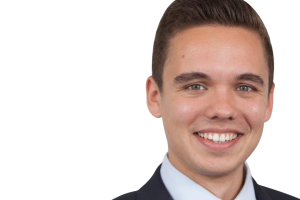 “Watching this WILL make you money.”

“For a new business, this was undoubtedly one of the most useful events I have attended. For a more mature business, it would have been AMAZING.”

Daniel Barnett is one of the UK's leading employment law barristers. He is the author of Intelligent Marketing for Employment Lawyers (2009) and Seven Strategies for Marketing Your Employment Business. In 2007 he co-founded a webinar business, which he sold to Thomson Reuters in 2011. He is a regular speaker on employment law at national and international conferences, and has presented the legal hour on LBC radio for the last six years. Since 1999, Daniel has owned and run a business that sends own-branded employment law email bulletins for employment law solicitors to their clients.

"Daniel Barnett is a fantastic speaker who manages to make the most dry and tedious of areas funny and entertaining."

Rob Brown has trained and coached thousands of professionals to build their reputation and become confident, successful business networkers. In June 2016, his book Reputation 2.0 - the playbook for standing out in your career or industry – was published by Wiley, the world’s largest business book publishers. A featured TED speaker, Rob is founder of the Networking Coaching Academy, a powerful online training platform for business networking, partnerships, referrals, influence, trust, likeability, personal branding, reputation and just getting in front of more of the right people. According to LinkedIn, Rob is is the most recommended networking expert in the world.

"Wow! The most insightful and engaging session of networking I have ever attended. Rob is inspirational and presents information in & thought provoking manner!"

Christopher John Payne is an expert at helping advisors turn their knowledge and skills into income. The first information product he created generated £2 million in sales, and he has had other multi-million pound launches. In addition, he has created dozens of free and paid-for digital products, published three paperback books, and sold a number of high-priced coaching programmes. Chris has spoken at two TEDx conferences, co-organised one of them in Abu Dhabi, and coached a number of the other speakers to refine their presentations. He has run workshops in the UK, Dublin, the UAE, the United States and Australia.

"Christopher gives a mindblowing opening of Pandora’s Box of info on how to make money using my skills & knowledge without having to do too much!" 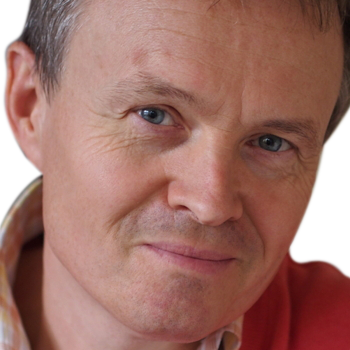 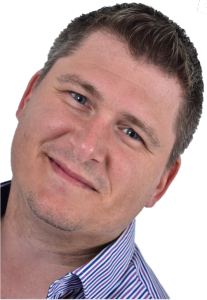 Warren Cass is co-founder of Champions of Small Business, supporting entrepreneurs and business owners across the UK with their growth. He is a key influencer in UK Small Business with a huge network and consults with major brands & SMEs alike helping them to engage & add value to their target audience. Warren is an international speaker who has been entertaining audiences for over 10 years providing clarity and strategy. His speaking style is fun and engaging and definitely one not to miss.

"Scary - really showed me how much I need to learn and do to be effective in this space. Warren did it without making me feel stupid!"

We'll transcribe each session, and send you a full transcript of all eight modules after the course is finished.

You’ll be given a password to our vault, so you can access the recordings of all eight modules forever.

BONUS 3: Present your own seminar on Discrimination Awareness

You’ll receive all the essential components for presenting your own seminar on Discrimination Awareness, lasting between 60 and 90 minutes, namely:-
• a set of over 40 powerpoint slides
• a bullet-point script, cross-referenced to the slides
• a 21 page delegate pack, with full notes for the delegates to take away
• three short case studies (and model answers) to help your lecture come to life

If you’re interested in sending out your own employment law email bulletins, Daniel will ask his designer to mock up a free template in the style of your website, so you can see what they might look like. 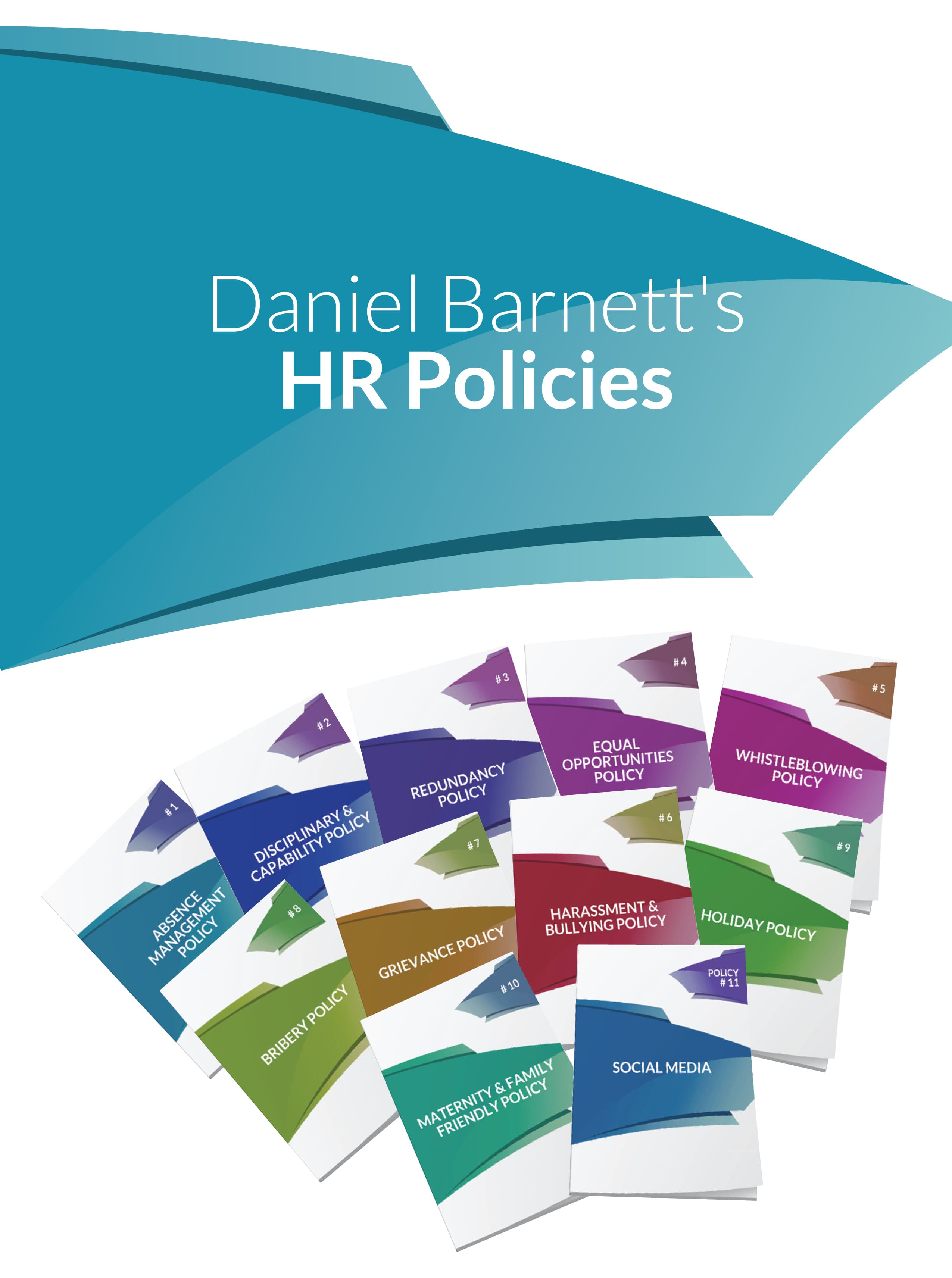 When you book your place on Building an Employment Law Practice, we'll send you Daniel Barnett's eleven HR Policies (normally £897+VAT) together with a licence to re-sell them to your clients or give them away for promotional purposes. See www.employmentpolicies2016.com for further details.

The eleven HR Policies have been stripped down and reduced to their bare essentials, so everyone can read and follow them. They give you flexibility where it's needed, and with clear guidelines where necessary. They are simple, practical and readable. 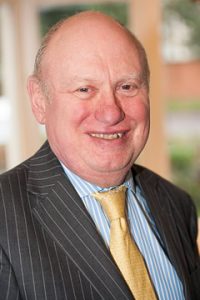 “This course will be the single BEST INVESTMENT you can make to grow your business profitably.” 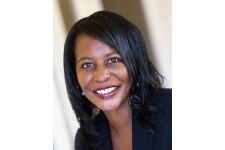 “These modules will CATAPAULT YOUR GROWTH. Totally and utterly invaluable. Jam packed with tips, hints, advice, and guidance you can use today!!”

1. You will be wowed by what you learn on this course; and,
2. If you follow just one of these strategies, you will increase your turnover significantly.

Here’s our guarantee: You have TWO YEARS to claim a refund if you want one – and we’ll give you your money straight back.

£597+VAT
Book Your Place Now
Or got a question? Ask it here

Q. Are the modules live?

A. Seven of the eight modules are pre-recorded, meaning you don’t have to worry about missing one if you are not available on the day they are released. Some of them being footage from a conference organised by Daniel Barnett in London in summer 2016. The eighth module will be broadcast live. You will have access to .mp4 files to watch or download afterwards.

Q. What if I miss one of the modules?

A. You can watch them at any time after they are released. The recordings will be available permanently.

Q. Do I have to watch the modules in order?

A. No. Each module will remain online once released. You can dip in and out as you wish.

Q. How long does each module last?

A. Modules 1 to 7 last between 30 and 60 minutes each. Module 8, the live Q&A session, will last until everybody runs out of questions.

A. You have two years from the course ending to request a full refund. If you do, we will refund your money immediately, without question.

Q. What if I have any questions?

A. We'll help you if you have any IT problems accessing the modules (although there’s no reason why you should). If you’ve got any questions about the strategies and advice in the modules, you can ask during the live ‘Ask Me Anything’ module by Daniel Barnett (week eight). You can also send in questions in advance if you’re not able to participate in the live module.

Q. Can I download the modules and watch them on the train, or do I need access to wifi?

A. You can download them, watch them where you want, and keep them forever. We’re pretty cool like that.

Q. What time of day will each module become available?

A. The first seven modules will be available from 9am. Module 8 will be during the morning of 30 November; we'll let you know the precise time when you've booked.

Q. Can I have a discount please?

A. So has everyone else. Still no.

£597+VAT
Book Your Place Now
Or got a question? Ask it here